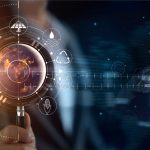 Africa has seen rapid economic growth this century, with a corresponding increase in the demand for energy. The continent is home to 17% of the world’s population, of which nearly two thirds, around 620 million people, do not have access to electricity.

The shortage of electricity is a significant constraint on the economic growth and development of the continent. Distributed energy based on renewables is seen as an increasingly attractive option that also meets the environmental challenges and is economically viable.

Africa’s hydropower potential is currently underexploited whilst geothermal power is a major source of energy in East Africa and gas in Nigeria.

With an increasing number of electrification projects based on renewables, a huge opportunity is available in Africa for distributed power generation, which will ensure energy security in the future. The commercial opportunity in the region could generate about $24bn (£18bn) a year (Kleos Advisory), and by 2023 has the potential to create around 1.3 million long-term sustainable jobs.

Impact of Corona Virus on the African Energy Market.

As the world deals with this global pandemic, the economic shock waves are being felt in the renewable energy sector, which is threatening to slow its progress. Without government intervention, the crisis caused by the coronavirus (Covid-19) could considerably disrupt the distributed energy sector.

The extent to which the renewable energy sector is affected by Covid-19 will depend on two key issues: the duration of social lockdown and social-distancing measures and the scope, scale, and timing of economic stimulus packages being put in place by governments to mitigate against the economic downturn.

In the current market conditions, the renewable energy sector is facing three short term challenges; supply chain disruptions, risk of losing any government subsidies or incentives, and the possible decrease in levels of investment.

Over the medium to long term, the renewable energy sector will see a strong recovery and growth in Africa, particularly in the distributed energy market.

South Africa is a signatory to the Paris Agreement on Climat e Change and has ratified the agreement. In line with targets submitted to the UNFCCC in November 2016, South Africa’s emissions are expected to peak, plateau, and decline from the year 2025 onwards.

To achieve these targets, South Africa has adopted a new energy plan for the period 2019 to 2030. In this plan, the government is projecting to significantly increase the contribution of wind and solar power to around 40% of the new energy capacity by 2030.

The national utility, Eskom, produces about 95% of South Africa’s electricity. It is currently more than 420Bn Rands (£22Bn) in debt, equivalent to about 8% of South Africa’s GDP. Consequently, Eskom is unable to invest in new capacity or adequately maintain its current capacity.

Electricity prices in South Africa have roughly tripled in real terms over the past decade, and tariffs recently approved by the government will see prices rise by a further 25% in the next three years. Consumers regularly experience electricity disruptions as a consequence of load shedding or poor quality of supply.

Under pressure from industrial and commercial users, the government has taken steps to de-regulate the power sector. This will allow Independent Power Producers (IPPs) to provide power directly to power consumers and industry. The IPPs will also be allowed to trade their excess capacity.

As part of this evolving market, most gated residential communities, commercial parks, and shopping centers have started to install PV systems to either replace or to supplement the grid supply. Large scale industries and the mining sector have begun to work with Independent Power Producers to install wind, solar PV, and energy storage.

There are currently 6500 gated residential communities in the Republic of South Africa with a potential demand for power of around 3000MW.
This presents a commercial opportunity for microgrids based on solar PV and battery storage. These microgrids will ensure energy security for these gated residential communities, thus reducing their reliance on the national power grid and deliver a positive impact on the environment.

About the Author:
Shakeel Mughal has over 30 years of experience of working with FTSE 100 multi-national companies as well as mid-sized companies operating in European, Middle Eastern and African regions and managing businesses in high technology sectors including aerospace, defence, ICT, renewable power and Offset management.

Shakeel has Bachelor of Science with Honours from the University of Salford, Greater Manchester, is a Chartered Engineer and a Fellow of the Institute of Engineering and Technology.