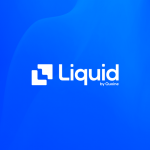 Cenfura has partnered with the premiere crypto exchange Liquid in Japan to list the XCF token. This marks the second public platform where the XCF token is available, outside the Cenfura Platform where it is used by Cenfura’s global renewable energy assets to facilitate the buying, selling, and storage of energy. Every transaction occurring on the Cenfura Platform is managed with a combination of AI and Smart Contracts and is settled using XCF tokens.

The Cenfura Token (XCF) is not limited to exclusive use by Cenfura owned and operated assets. It can be integrated for use with third-party assets, products, services and financial contracts such as the tokenization of VPPAs (Virtual Power Purchase Agreements).

“This expansion onto a premiere crypto exchange like Liquid marks a huge milestone for Cenfura as we continue to use our technology to own, manage and build renewable energy projects around the world.” said Cenfura chairman Pasi Nieminen

In August 2020 Cenfura’s first renewable energy assets came online in South Africa utilizing the XCF token. The Cenfura Malachite Mews microgrid uses the Cenfura Token (XCF) for all its settlements allowing for transparency and efficiency in all the transactions occurring on the Cenfura Platform.