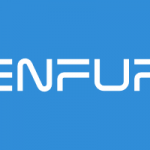 London, UK — Cenfura has commissioned its first solar microgrid at Malachite Mews in Gauteng, South Africa. The microgrid in the Malachite Mews gated community will produce 873Mwh annually and ensure that the community has a secure, reliable, and financially viable electricity supply.

Our facility has the largest battery storage capacity in South Africa’s residential sector. It is expected to reduce the properties’ carbon footprint by 70% from the current emissions of about 1.2mil tons/year down to 360,000 tons/year.

“The COVID-19 crisis severely affected how we managed the implementation of this project, but we are very thankful for the hard work of our team that allowed us to complete it and ensure energy security for the residents of Malachite Mews” said Randall Meals, Cenfura President & CEO.

Cenfura’s roadmap includes several signed agreements and projects moved to the advanced stages of planning for bringing more microgrids into gated communities in South Africa. These microgrids will ensure energy security for the gated residential communities, reduce reliance on the national power grid and deliver a positive impact on the environment.

Cenfura was established with one goal – to accelerate the adoption of fully distributed renewable energy across the globe. The desire for clean, local renewable energy requires a radical transformation and decentralization of the world’s energy systems. As an independent power producer, Cenfura’s role will be to lead this transition by implementing systems and operating assets in the world’s next-generation energy systems.

We are using cookies to give you the best experience. You can find out more about which cookies we are using or switch them off in privacy settings.
AcceptPrivacy Settings